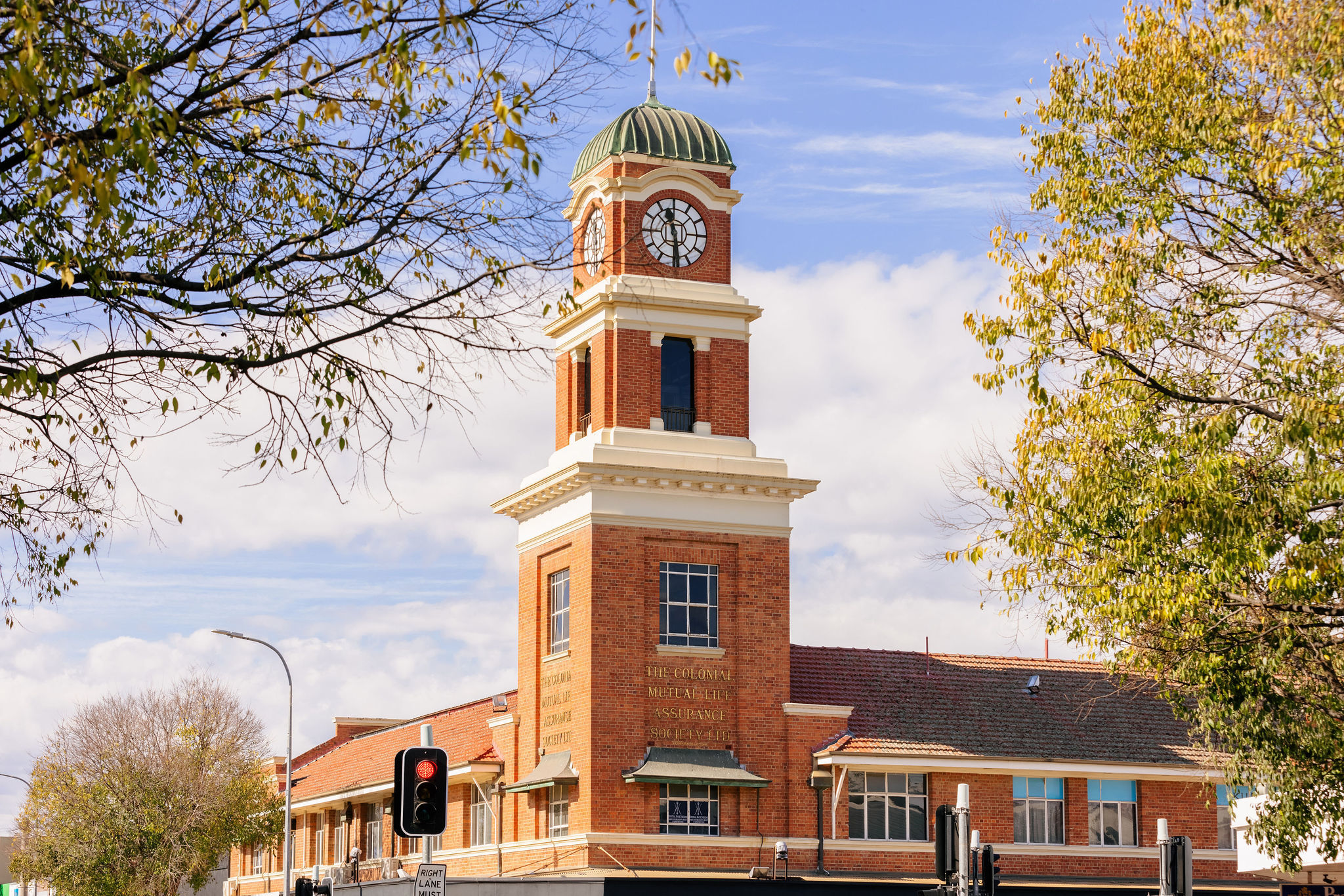 This is our home, the CML Building Albury (Colonial Mutual Life Building), or its just the "Clock Tower" to some people.

Known as Daniel’s Corner owned by Mr A G Daniel, former Alderman and Mayor of Albury.
Gilpin’s Drapers were trading there at the time of sale. The CML paid 12,000 pounds for the
site in April 1923. Construction commenced in June 1924 with the building opening in
October 1925, as CML House, costing 32,000 pounds ($2.2m today).

The clock tower played its part during WWII, being used by Albury’s Volunteer Air Observers Corps as an observation post looking for unidentified or unwanted aircraft.